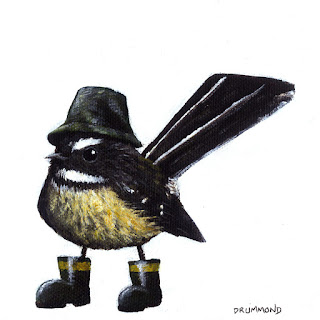 On Friday 20th May our NINJA's KITIONA and SOPHIE who are PIWAKAWAKA house leaders
did a brilliant job in leading their house learn their House Chant.
Their efforts and leadership skills in managing their house was rewarded
with full bonus points for being  the best organised house.

Whaea A helped us learn how to
introduce ourselves in Maori.
We learned how to pronounce the Maori words correctly
We also had the opportunity to ask our parents and whanau to give us a hand with our Mihimihi
During the week we all had a turn in sharing our mihimihi in front of the class

If we were too shy to share, Whaea A and our confident friends helped us read it

What did we learn?
Second hand
Minute hand
Hour Hand
5 minute intervals
Hours
seconds
past
to 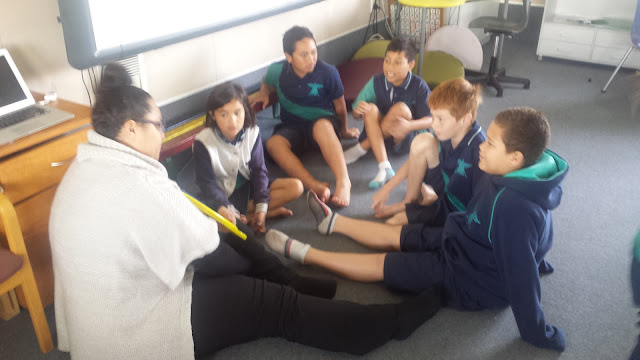 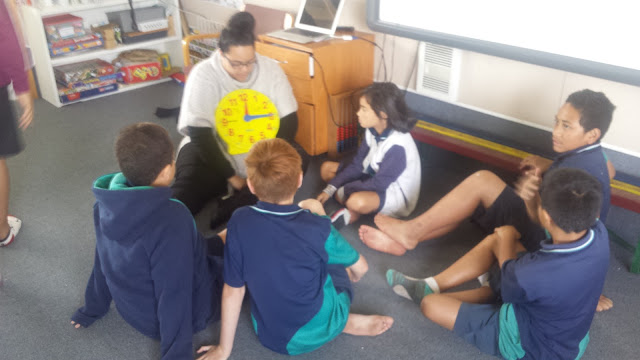 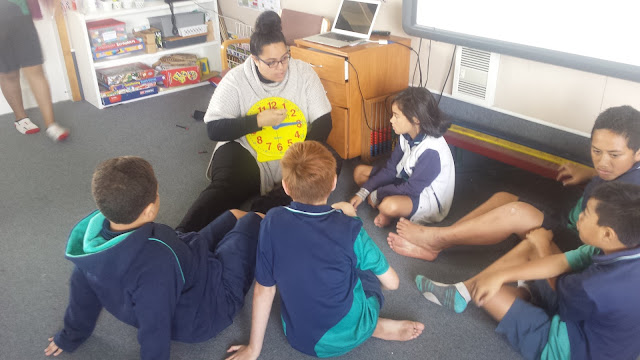 Our SCIENCE week involved the study of SOIL.
We focused on the importance of WORMS to our SOIL

What did we find?
The largest earthworm ever found was 6.7 meters

Some earthworms found in NZ can glow in the dark

Why are worms important to our soil?

Some of us love worms and some of us don't

Some of us were so intrigued with how they move

We came across Room 25 and 26 hard at work, digging

so we shared our learning with some of our junior students

Our Ninjas' are so lucky to have Whaea A join us for 4 weeks
She has been assisting with teaching our students in RUBIES with Math, Reading and all other general learning areas 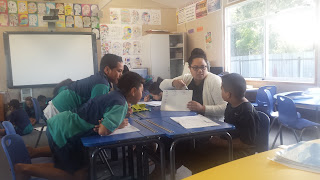 Some of our Ninjas with their parents attended the Health Expo which was held at our school hall.
At the expo they learned how to make a healthy meal at a very reasonable cost. They also got to sample the meal and take home a recipe book.
Then they learned about how much sugar they get from a variety of drinks, and received information about diabetes
They also learned the importance of dental hygiene and received free toothbrushes.
It was an awesome afternoon full of information

In order to put into perspective the length Trubridge dived, students worked in groups using a metre ruler to measure 124 metres.

Students discussed in their group how they were going to work out the length using the metre ruler.

Group feedback:
- They needed a better plan next time before they start
- Team members were good/helpful
- Some team members did not participate fully
- Team work makes work easier
- They could have used something to mark the ground with using a team      members finger to mark where the ruler stopped didn't work as when the    member moved they loose the mark and had to start again. Some teams  restarted 3 times.
- To get a true measure they needed to measure in a straight line

Outcome
- They were amazed at how long 124 metres measured
- Two groups came close and only got a rough estimation of 124metres because they did not measure in a straight line, deeming it not a true measure.
- Trubridge performed this feat by holding his breath for four minutes and 34 seconds - so we tried holding our breath for this length of time but did not come close to 30 seconds